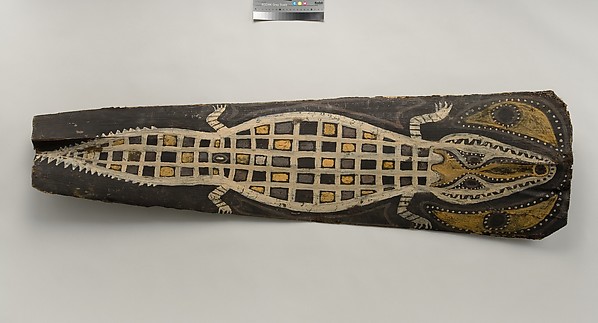 When faced with a budget dilemma for oversize mining maps storage, Amy Williams, project conservator at the University of Pittsburgh, asked herself “the $13,500 question:” Is there a benefit to using an archival 12” diameter storage tube core versus a non-archival 12” core wrapped with an isolating layer?
It would be easy to assume that archival cores were significantly better, well worth the extra $13,500. However, when faced with the substantial cost difference, Williams decided to conduct a scientific research project to determine the most cost-effective and preservation-friendly rolled storage system for the 5’ by 15’ maps of the Consol Energy Mine Map Preservation Project. She and her co-investigator, Dr. Catherine Stephens, presented their results on May 31, 2013 during the Research and Technical Studies Session of the AIC annual meeting.
If Williams and Stephens could prove that there was an acceptable, more affordable alternative to archival tubes, the news would be of great benefit to cultural institutions, collectors, and conservators. I was eager to hear their results.
Williams partnered with Stephens, Senior Research Scientist at the Art Conservation Research Center, Carnegie Mellow University (now at Yale University) for the investigation. They studied four types of tubes and six wrapping options suggested by conservators: no wrapping, polyester film, Tyvek, Marvelseal 360, heavy weight aluminum foil, and tissue paper buffered with 3.5% calcium carbonate. For the cores, they selected two archival tubes with different adhesives (sodium silicate versus a blend of polyvinyl alcohol and polyvinyl acetate), a non-archival core of kraft paper with an unidentified adhesive, and a Quik-Tube concrete pouring tube composed of recycled paper and a polyvinyl acetate/acrylic adhesive.
In the experiments, the maps were simulated by using Whatman #1 filter paper. The use of Whatman #1 paper versus historic papers was discussed in another 2013 RATS talk by Bill Minter and John Baty, “The Role of Polyester Film Encapsulation—With and Without Prior Deacidification—On Paper Degradation, Studied During Long-Term, Low Temperature Aging.” Minter and Baty chose historic papers for their research. I think it would add to our understanding if Williams and Stephens conducted a second phase of their research using commercially available papers or naturally aged historic papers to compare with the Whatman #1 results.
Their test samples, each consisting of a “map,” an isolating layer (or none), and a core, were aged at 90˚C and 50% relative humidity in an oven for up to 24 weeks.
The researchers’ first discovery was the unexpected impact of the adhesive, which caused staining on the tubes at the seam gaps between the narrow strips of paper comprising the tubes. This staining transferred onto the Whatman paper “maps.”
To prevent this problem, Williams recommended obtaining seamless tubes by asking the manufacturer to skive the edges of the paper. She also emphasized the importance of knowing the composition of both the paper and the glue of the cores.
I wonder how problematic the adhesive would be during a natural aging process or during a lower temperature artificial aging, and hope the researchers will consider exploring this in the future.
Williams and Stephens reported that the linen ties on the samples caused staining during the aging process. They switched to rare earth magnets, which caused no reported problems. Would a lower temperature during testing have prevented or reduced the problem with the linen ties? If this is a significant problem at all temperatures, linen ties may not be appropriate for rolled storage.
The experiment produced more unexpected results. The researchers evaluated the effects of the cores and isolating layers on the “maps” by measuring the chain scission of the cellulose, the yellowness, and the pH of the “maps.” I was surprised to learn that both the Tyvek and the Marvelseal 360 actively promoted degradation, yellowing, and a lower pH.
The aluminum foil, polyester film, and buffered tissue offered varying amounts of protection, depending on the type of core used. The best isolating layer overall was the heavy weight aluminum foil, and the best wrapper for the kraft tube was polyester film.
I wondered if the high temperature during aging might be responsible for the poor performance of the Marvelseal and the Tyvek, and whether the heat caused chemical changes within these two films. How much of the unexpected results overall was caused by the elevated temperature? Would similar results occur during natural aging at room temperature?
The researchers did speak about this issue. Stephens said that they chose the high temperature for artificial aging to ensure detectable changes, and stated that more research was needed lower temperatures.
From what I understood about the test results that Williams and Stephens presented, it seemed that wrapping a non-archival core with heavy weight aluminum foil could give comparable results to using an archival core. I would like to know more the amount of difference they saw, and hope they will offer a detailed discussion of this in their article about the research.
The results of their experiment have caused me to question my own assumptions about the storage materials we use. I hope Williams and Stephens will continue their valuable research, to determine what results are typical at lower temperatures and answer some of the other questions they raised during this first phase of the investigation.

There were three very interesting aspects of this presentation if you love the quality of high society French painting between 1775 – 1825… or there abouts:

First, Kristin gave a very nice art historical review of Jacques Louis David’s studio culture and influence, which included more than 400 students that studied directly with the master. She gave some really interesting comparisons between the styles of some of the students and David but ended up focusing on the work of a female student, Marie Benoist.

Second, Kristin focused on Marie Benoist as she presented the very interesting technical and historical study of a very intriguing “iconic” female portrait that was previously misattributed/unattributed and is logically attributable to Benoist, according to deGhetaldi’s research. Actually, I personally liked the portrait better than the David and other portraits that were shown for it’s interesting positioning and thoughtful mood. Flat out, it’s a great picture.

The plentiful photographs, of course, made Kristin’s presentation that much more enjoyable. And the thorough technical analysis with documentary microscopic studies of greens particular to that time period and location that will aid future researchers in authentication clues.

Express yourself and reach out: “Like” this article by clicking on the thumbs up below, refer this posting to others you connect with via Facebook, Twitter etc.