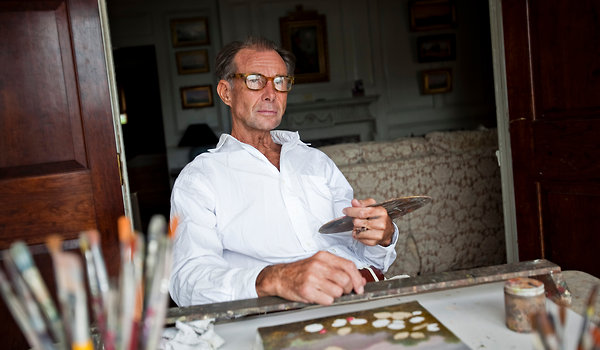 Ken Perenyl, who for almost thirty years painted hundreds of fake 18th and 19th century paintings before he changed to painting reproductions of masterpieces, is quoted in The New York Times (“Forgeries? Call ‘Em Faux Masterpieces“, by Patricia Cohen, July 10, 2012) as saying that he learned the forensics of master paintings by working for a restorer and a frame maker when he was in his twenties. What a sobering thought for the conservator who takes interested young people into his or her studio that one of them might be preparing for a career as a forger rather than for graduate school.